I met Eric and his family about a year ago, when Jen contacted me to shoot a family session before Eric deployed. Of course, the day that we had to do the session, it was pouring rain and dark, so we had to make the best of it, and shoot inside. I was hoping we could make up for that with a sunny, beautiful day for his homecoming. Not quite. It was dark, of course. But….if I have learned anything in my time shooting these things, it is that there is no bad time for a homecoming….the families will take them whenever they can get them. 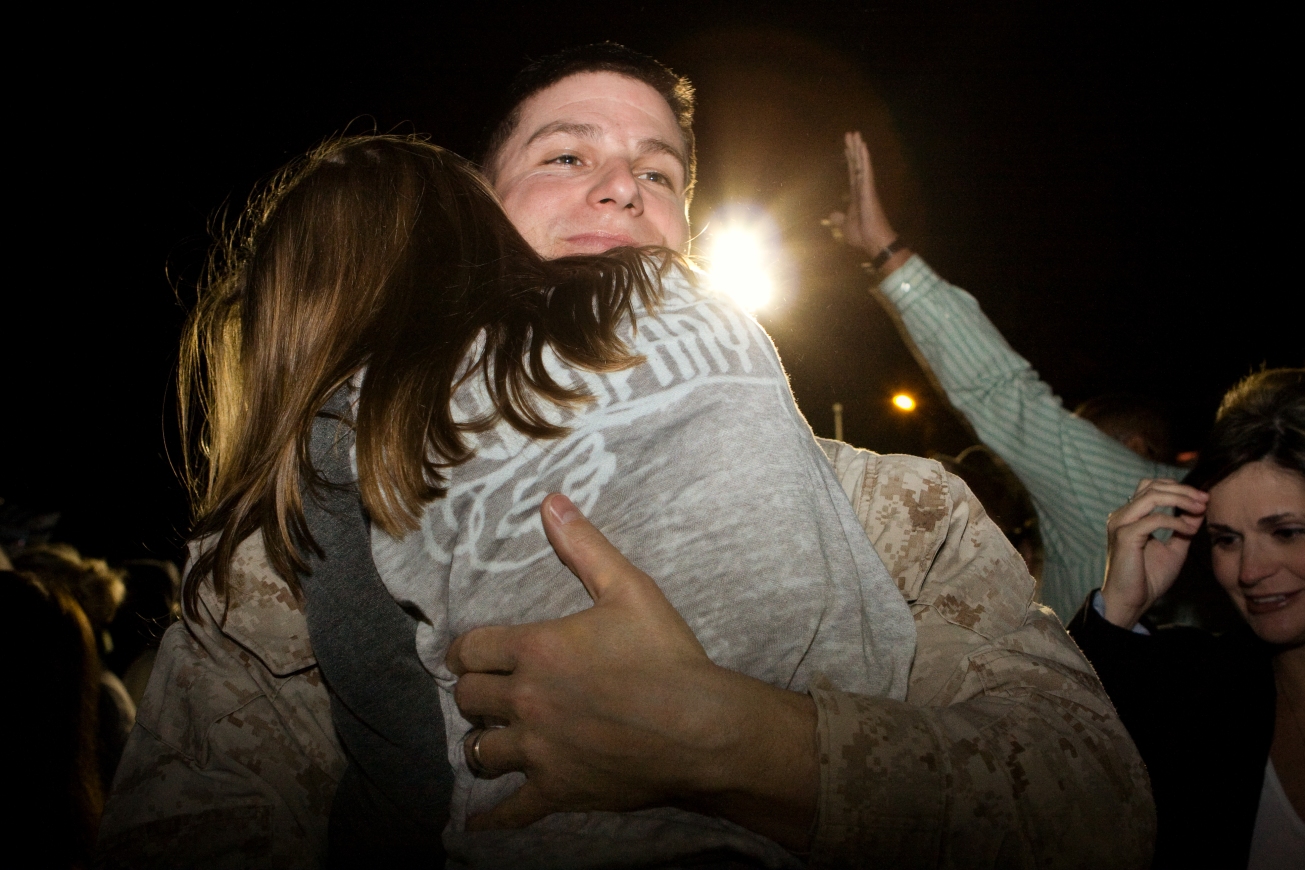 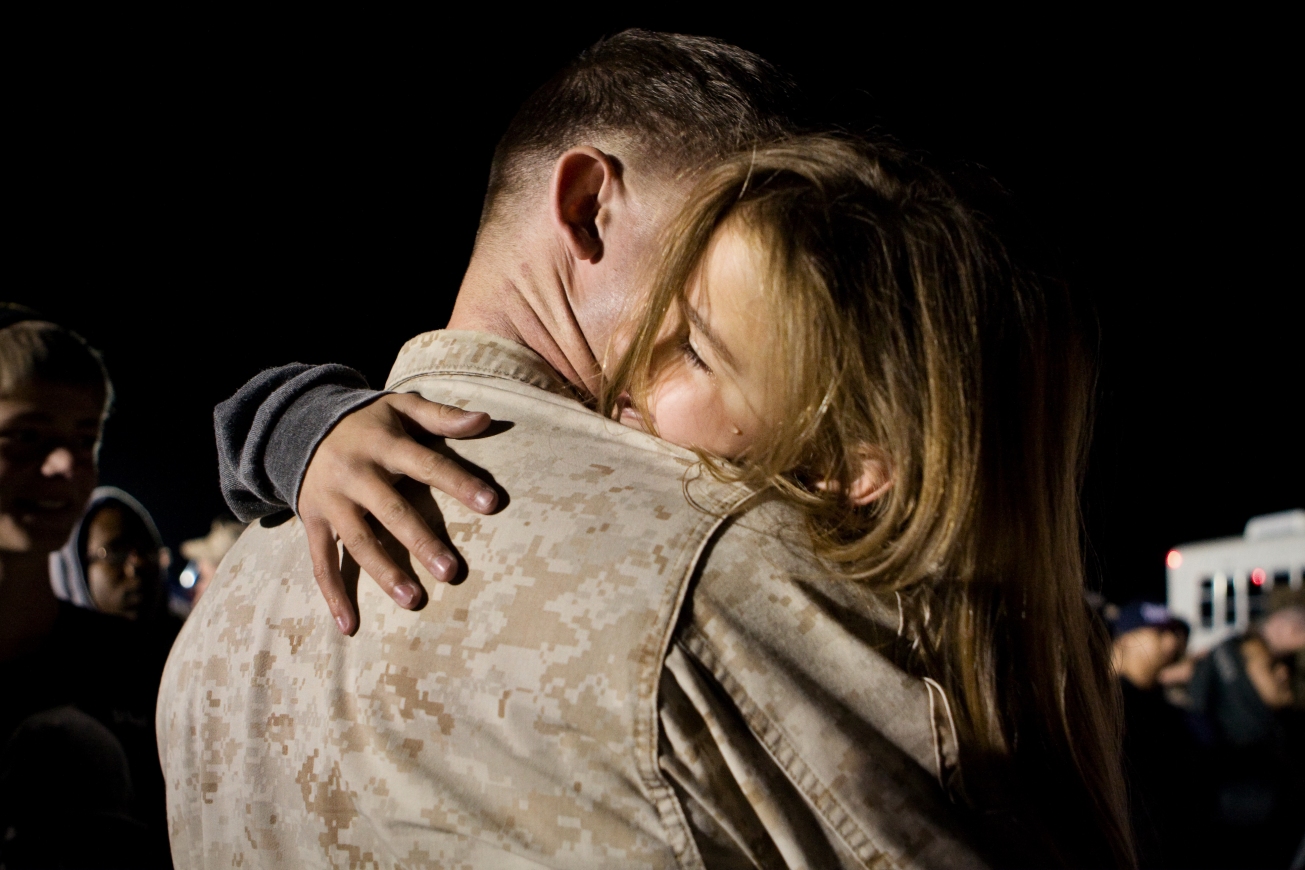 Eric came home in time to see his daughter, Gabbi, play in her softball games…and….in time for the upcoming birth of his new, little girl. How many weeks left, Jen?**  He also came home to find that his son, Ryan, had grown about 20 feet taller in the time he had been gone. Don’t believe me? Look at their last session. That amazing growth spurt allowed Ryan the privilege of carrying his dad’s bags….which were each roughly the size of a VW beetle. 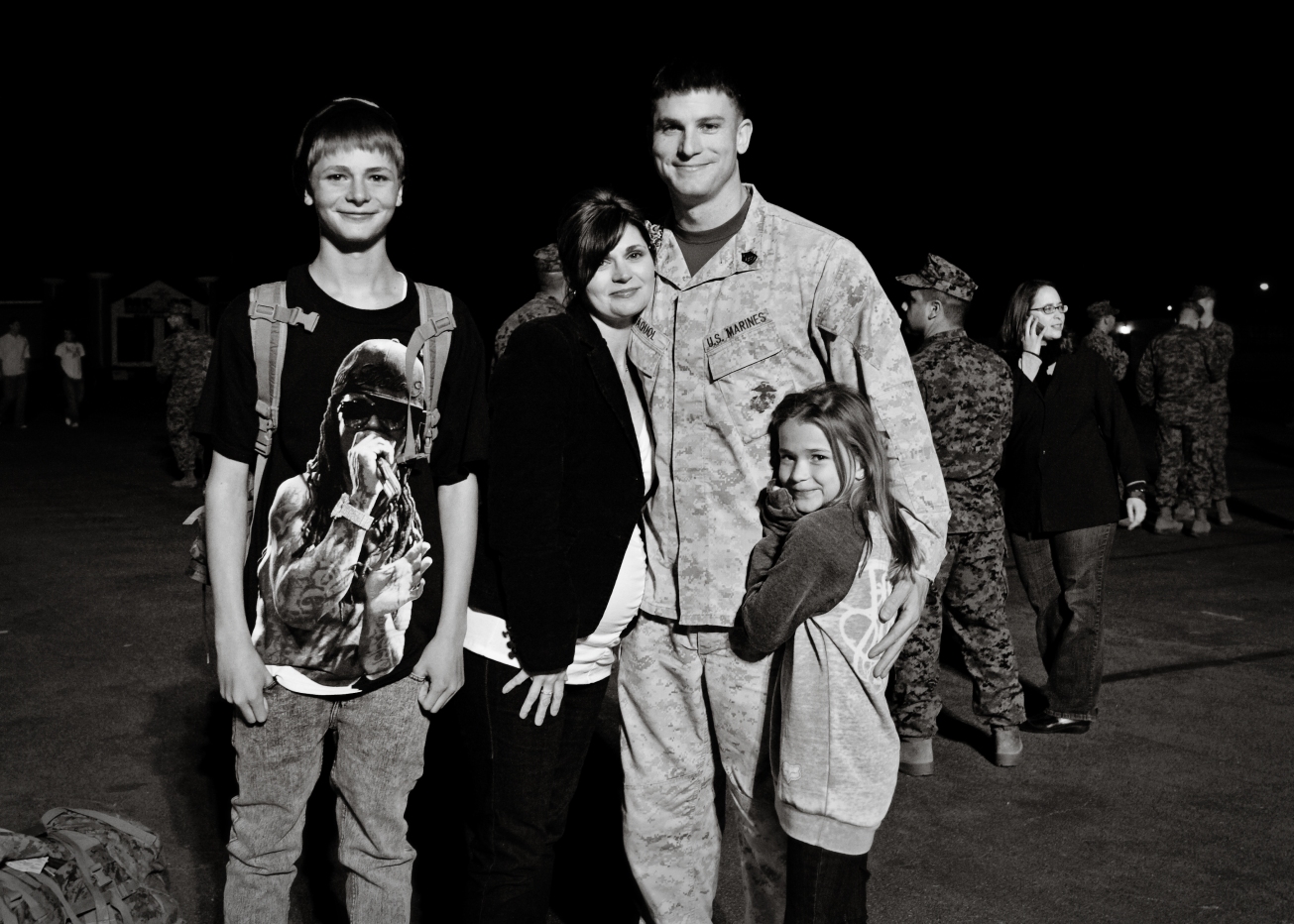 Homecomings are awesome. I am not a crier, generally, but these things really put that to the test. This one, on more than one occasion. The Patriot Guard Riders were at this homecoming, which was something I had never seen in person…..and it was pretty cool. They escorted the buses from March AFB to Camp Pendleton, giving a Heroes’ Welcome.

Jen, thank you so much for allowing me to be a part of this…..even if I am a Steelers fan. 🙂

** Before you let your minds go to all of the wrong places about the timing on the new bundle of joy….how can she be 6 months pregnant if he has been gone for a year???……let me help you out on that one…..R&R…..an apparently, very well-timed R&R. Nothing like making all of your private business public, eh, Jen? You’re welcome. 🙂 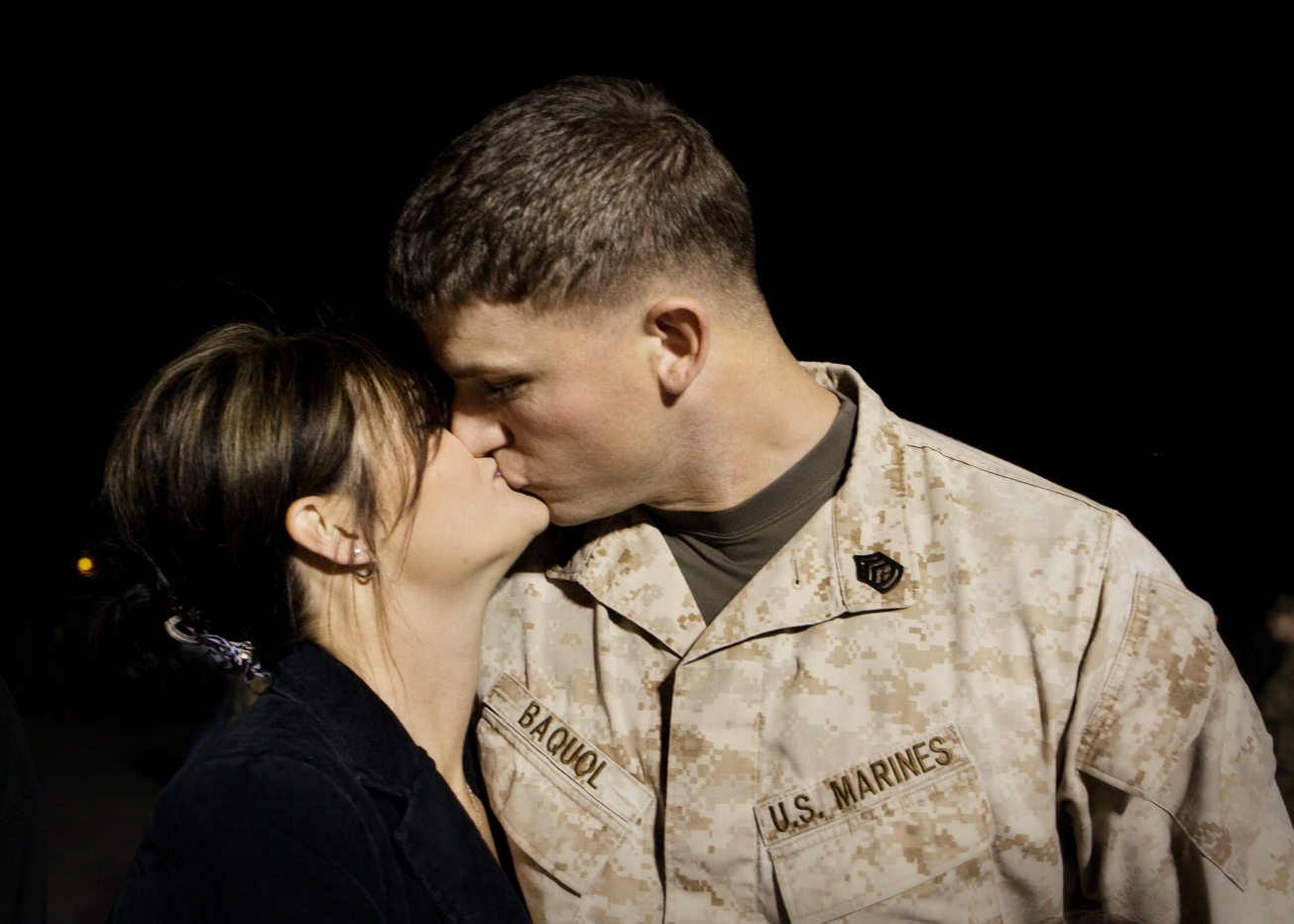 One thought on “welcome home, eric”