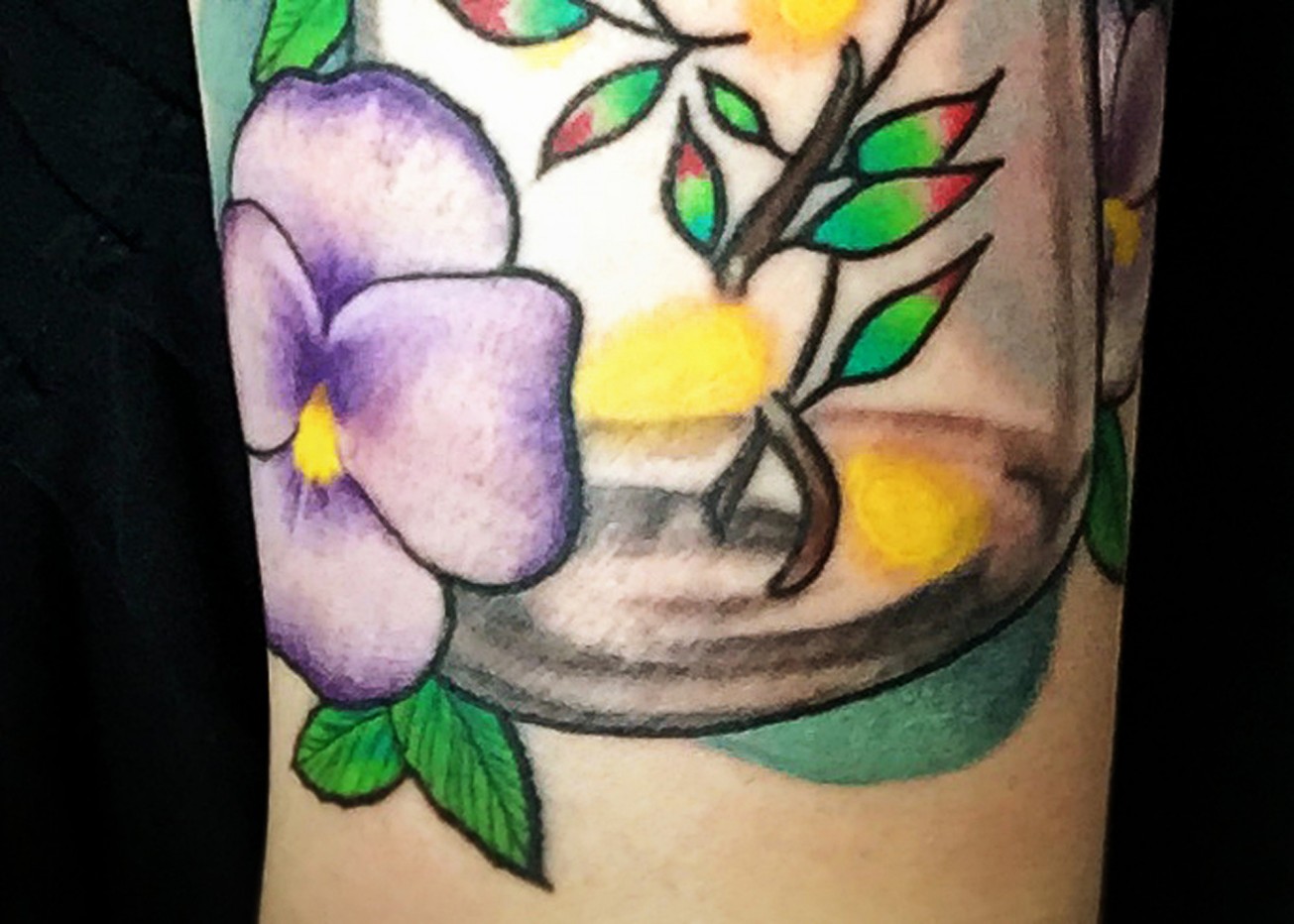 So, I bought myself a tattoo for my birthday. Another one. I wasn’t feeling like myself. I was going to lose weight and work on becoming more productive, but that sounded pretty hard, so I opted for a haircut and a tattoo instead. Instant gratification is kind of my thing. So I had been trying to nail down what exactly I wanted the tattoo to be. I knew what I wanted it to represent and everything, just wasn’t sure on the way to go about it. So, as I tend to do, I may have gotten a little bit fixated on it. I googled. I sketched. I tortured my husband with endless discussions about it until I figured it out. As soon as I knew I had what I wanted, I sent off an email to the tattoo artist, you know, just to see his availablity. That’s all. Just exploring possibilities of booking an appointment in the future. Sure. That’s how a normal person works. Me? When he said, “oh hey, I have Tuesday night available,” my response was, “I’ll see you then!!!”  Now the Tuesday we were talking about was exactly 4 days away. My brain was happy. Almost instant gratification was to be had. A tiny little voice came from the back corner of my mind…..it said, “um…..how are we going to pay for this exactly?”……or it may have been my husband. Either way. I immediately set about scheming. I made a plan to sell everything in our house that was not tied down. Never mind the logistics. (We have baby stuff that we need to get rid of! Who can come pick it up, right this minute?!? What about that freezer we don’t want?? Craigslist?? Impromptu garage sale?) Needless to say, this plan had some flaws. How about doing a day of mini-sessions? I mean, sure it is Thursday night already, but it’s not completely impossible, right? My husband was not as enthusiastic about these plans as I was. Weird, right? The hamster in my brain was running full speed on his wheel. I was going to figure this out. I can scheme like nobody’s business when I get a wild hair like this. Too bad I can’t figure out to apply that drive to something that is actually useful. In the shower, I had an idea. One that was actually doable. (Why do the best ideas always come in the shower?) I had a huge sale on regular sessions. It worked! I sold the three I needed, and I was all set to permanently alter my body on a whim! Woo hoo!

I don’t generally discuss my tattoos with people. It’s not that I want to hide them, I’m just not a sharer. They all have special significance, but it is not always something I am big on talking about. Unless I am. Because sometimes I do. Yeah, I’m a private person…..with a blog……that mostly only talks about me and my feelings. I don’t understand me either, ok? But this particular tattoo, I am ok with sharing. I got this tattoo for my grandpa, and for home. Not home in the sense of my house, that would be weird….even if I had a really cool house. Home as in…..where I am from. My childhood. My family. The tattoo is a jar of fireflies, surrounded by pansies. The pansies are for my grandpa. He planted them in front of his house every year. The fireflies…..lightning bugs, actually, because I’m from Pennsylvania……are the home aspect. I had an amazing concept sketch that I emailed to the tattoo artist. It was done with crayola twistables while coloring with Charlie. Thankfully, I couldn’t hear him laughing at my drawing skills through email. He drew something much better. His original sketch included a lightning bug on the outside of the jar. His face when I said I wanted to have that part taken out because, “I think they are gross.” was pretty amusing. What can I say, antennae creep me out. I see his point, though, as now it loses a bit of the concept, as it may take people a minute to figure out what is in the jar. But I still like it. I know what is in the jar……and their antennae are safely out of sight, out of mind. It’s a companion piece to the one on the inside of my arm that I got for my cousin. They are both purple and lovely, so hooray for instant gratification. Please remind me that I said that when I am up late, editing the sessions that I sold at half price to get it. Actually, it worked out very well. The three sessions were taken by some of my favorite people to photograph, so I couldn’t have planned it any better. See? Sometimes my crazy schemes actually work out. This one is barely healed and I am already planning my next one. Yes, I even exhaust myself, sometimes. Also? The tattoo artist I used has a pretty cool story. He and his wife fought city hall and won. They will be opening a combination tattoo parlor and art gallery in their hometown of Garden Grove, after a very long fight with a very corrupt mayor. Our family is pretty familiar with dealing with scummy, corrupt mayors, so I thought their big win was pretty cool. If you are thinking about getting a tattoo, and/or are a fan of people who take a stand and fight the man, and all of those cliches, check them out.