Kristin contacted me about shooting her fiance’s homecoming session, I think on a Thursday. The catch was, he was coming home on Tuesday….like the following Tuesday. Like four days away. Oh, and they were set to arrive at ……4 am. Okay, so maybe there were two catches. 🙂
But Kristin was so sweet and so excited, I would have been crazy to say no. Did I mention Kristin was flying in from Mississippi? That she was arriving just hours before the homecoming? That she would have to fly home that same night, having only a handful of hours to spend with the fiance she hadn’t seen in forever? Aaaaaand, he didn’t know she was coming! See? How could you say no to that?

A day or so later I got the final details….I was scheduled to meet her at 3:15 am. Which means I had to leave my house at 2am. Eeek!

We arrived at Camp Pendleton and waited. Thank goodness that most of the waiting was done inside, because it was pretty chilly. They arrived a little later than expected, but not too bad. We saw the buses pass and head for the armory. We waited some more. And then, it was time! Everyone headed outside….

And then there they were!

Derek was on the very first bus! 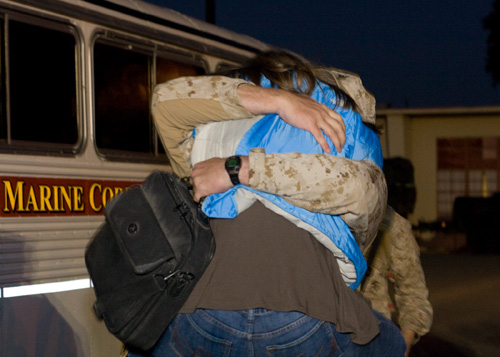 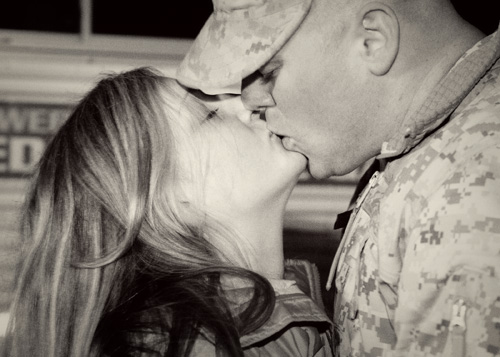 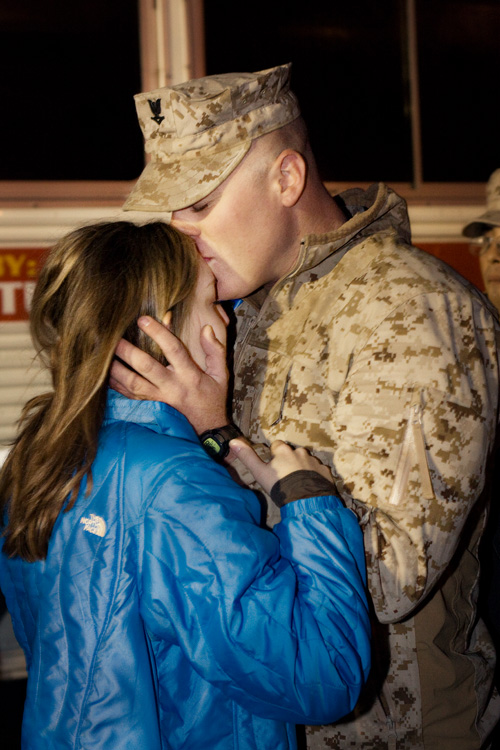 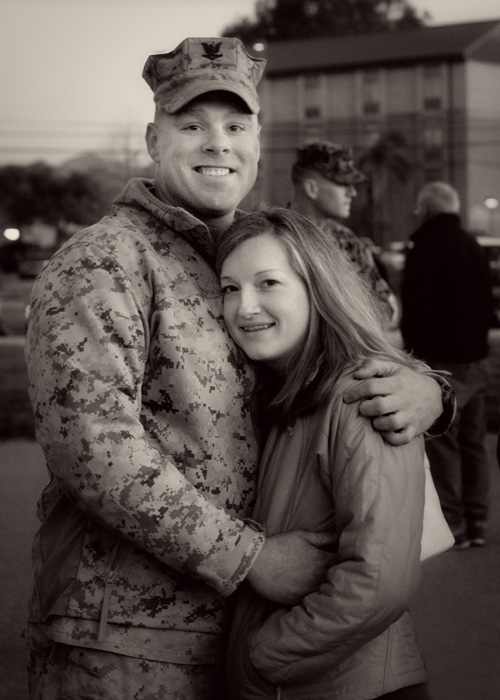 Welcome home, Derek. It was a pleasure meeting you both. Have a wonderful wedding and life together!